UEX Corporation (UEX:TSX) (“UEX” or the “Company”) is pleased to announce the sixth and final tranche of assay results have been received for the final twenty-four holes drilled during the winter drilling program expanding the West Bear Cobalt-Nickel Deposit (the “Deposit”) on the 100% owned West Bear Property, located in the eastern Athabasca Basin of northern Saskatchewan.

Assay results from nineteen of the twenty-four holes received in the sixth tranche returned composite grades that exceed the cobalt equivalent (“CoEq”) grade of 0.023% CoEq, the same cut-off grade used in UEX’s maiden resource estimate for the West Bear Cobalt-Nickel Deposit announced on July 10, 2018 available at www.sedar.com or UEX’s website at www.uex-corporation.com (see Table 1 and Figure 1).

The Company has also collected and submitted to the laboratory an additional 757 samples from 62 historical sonic drill holes and 12 historical diamond drill holes identified as containing previously unsampled intervals considered favourable for hosting cobalt-nickel mineralization.  UEX is still awaiting the laboratory results from these historical holes.

This winter’s drill program has successfully grown the West Bear Deposit along strike to the west and down-dip to the southeast.  Assay results have also encountered good grades in infill holes located within the footprint of the Deposit as defined before the start of the winter program.  We are looking forward to receiving the sampling of the seventy-four historical holes, as they will be key to defining the ultimate shape of the Deposit.

Table 1 –Results from the Sixth Tranche of Assay Results 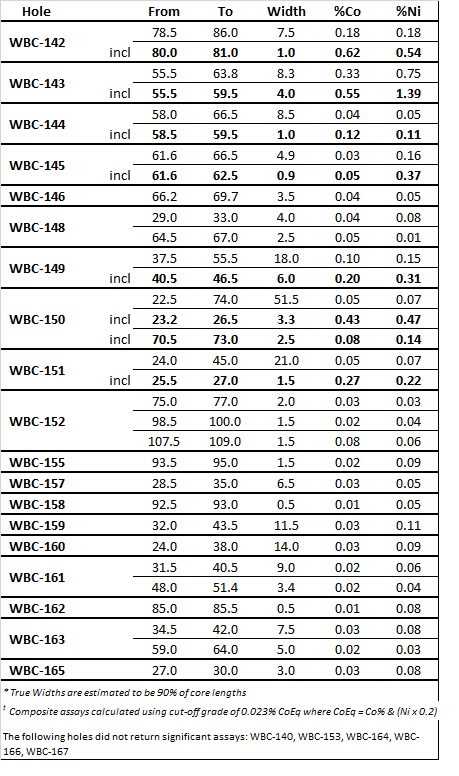 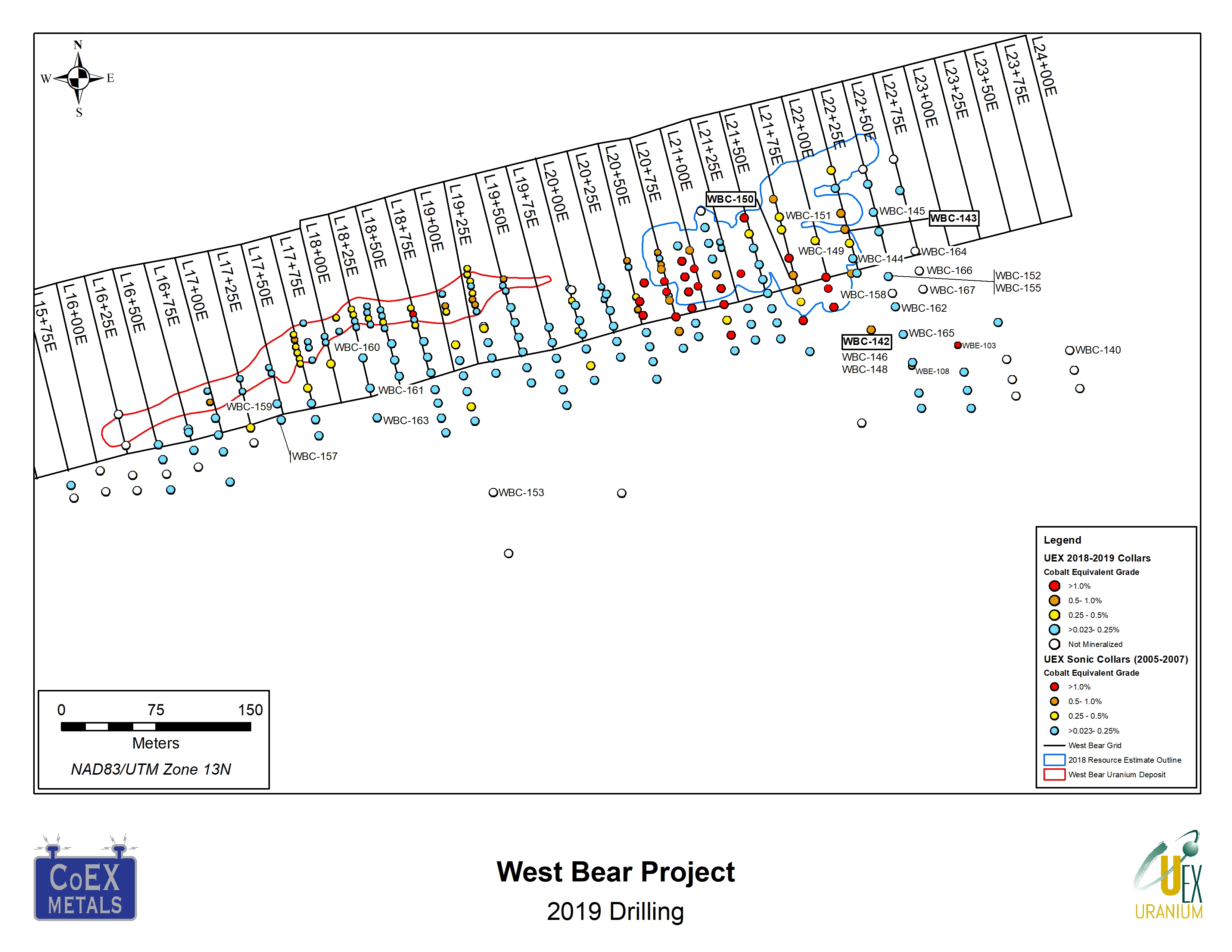