UEX Corporation (UEX:TSX) (“UEX” or the “Company”) is pleased to announce the first tranche of assay results from the winter drilling program on the Company’s 100% owned West Bear Property, located in the eastern Athabasca Basin of northern Saskatchewan.

On January 9, 2019, UEX announced it had commenced a $4.25 million 17,000 m 110-160 drill hole program at West Bear with the objective of expanding the size of the West Bear Cobalt-Nickel Deposit (the “Deposit”) and extending cobalt mineralization along strike to the west.  To date, the Company has completed 42 holes of this winter’s exploration program.

Assay results have been received for the first five holes of the winter program.  Cobalt mineralization was encountered in all five holes and the strike length of the West Bear Deposit has been increased from 250 m to 400 m (see Figure 1).  The table below summarizes the assay results received to date. 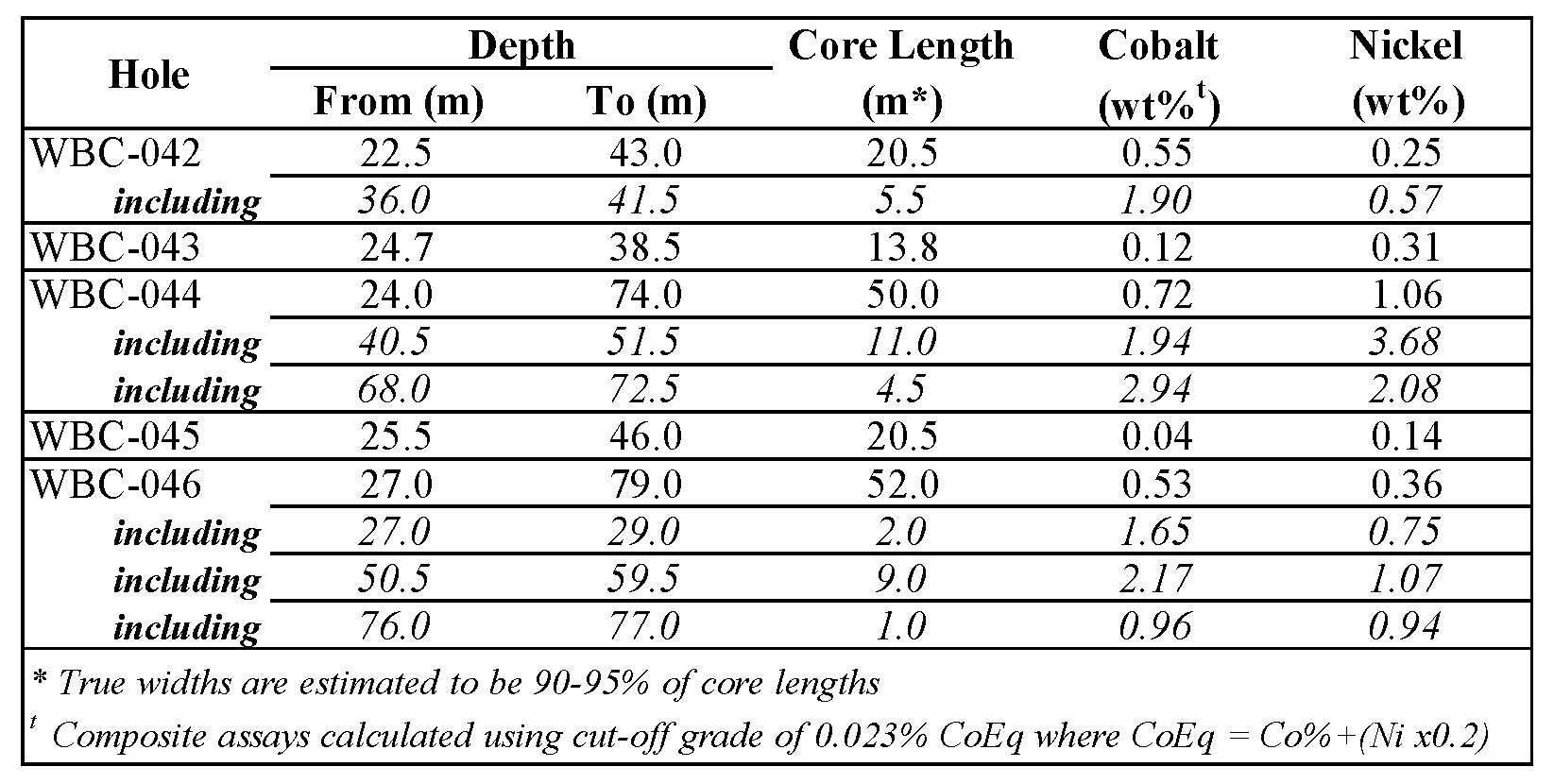 We are pleased with the work the technical team has accomplished so far.  The assay results of these five holes are remarkable.  It is a start to this year’s winter drill program and unlocking additional value of the Deposit for our shareholders.

The West Bear Property is an advanced exploration project located in the eastern Athabasca Basin of northern Saskatchewan, Canada that contains both the West Bear Cobalt-Nickel Deposit and the West Bear Uranium Deposit. The Property is approximately 740 kilometres north of Saskatoon, west of Wollaston Lake and measures approximately 7,657.3 hectares comprising of 23 contiguous areas to which UEX has 100% ownership, with the exception of Mineral Lease 5424 in which UEX owns a 77.575% interest.  The Deposit is located within an area of the Athabasca Basin that has excellent infrastructure and is situated within 10 km of an existing all-weather road and power lines that service Cameco Corporation’s nearby Cigar Lake Mine and Rabbit Lake Operation, as well as Orano’s McClean Lake Operation.

The West Bear Cobalt-Nickel Deposit has a strike length of over 400 m and a dip length of over 100 m and remains open for expansion in all directions. On July 10, 2018, the Company announced a maiden inferred resource estimate for the Deposit of 390,000 tonnes grading 0.37% cobalt and 0.22% nickel, which equates to 3,172,000 pounds of cobalt and 1,928,000 pounds of nickel. The West Bear Cobalt-Nickel Deposit mineral resources were determined using a cut-off grade of 0.023 percent cobalt equivalent (“CoEq”), using the equation CoEq = Co + (Ni x 0.2).  Only mineralization located within a conceptual open pit was included in the final resource estimate. 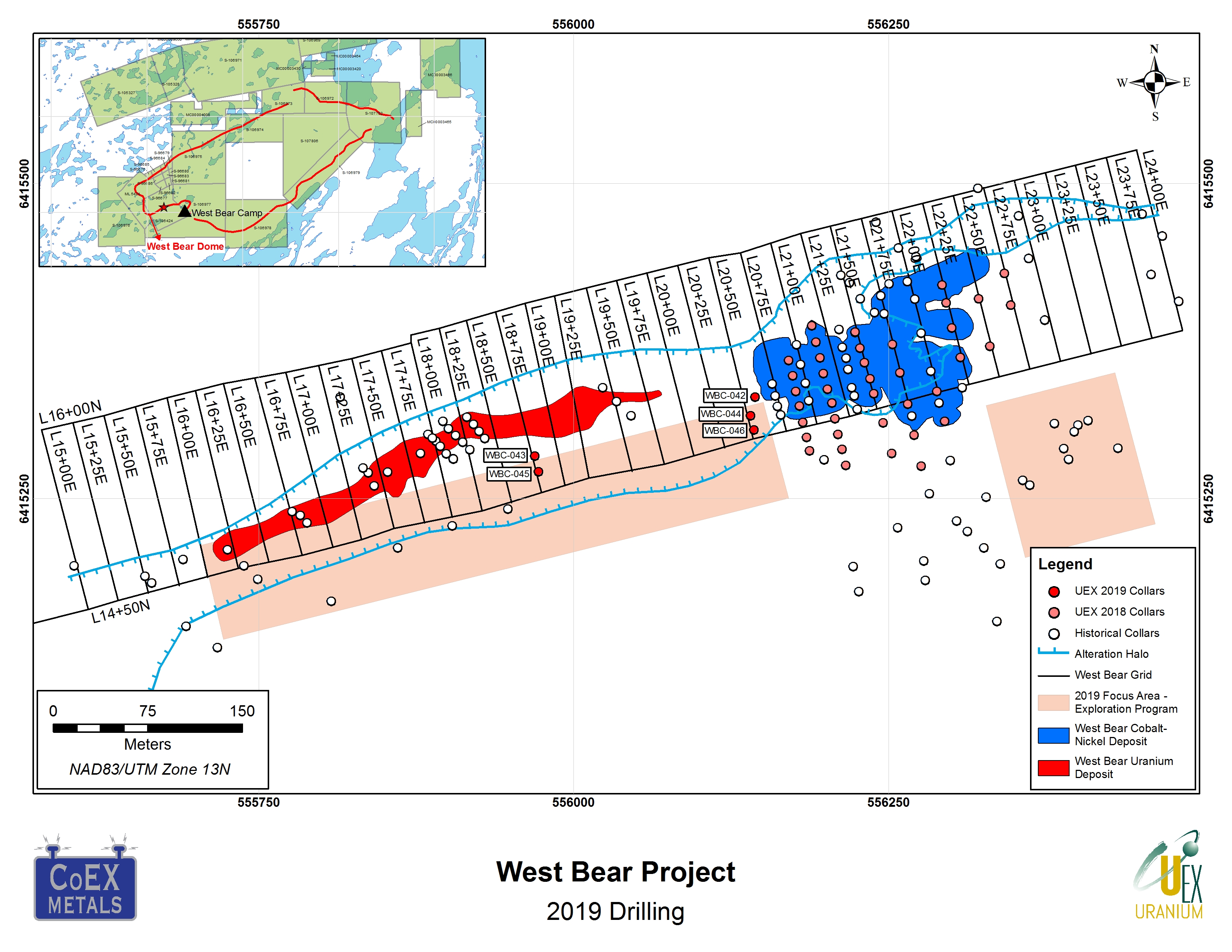